St Mary's Lecturer teams up with The Guardian
Drama St Mary’s Sarah Esdaile, who oversees our illustrious MA in Theatre Direction, has recently teamed up with The Guardian Theatre to help create a pioneering and interactive way of covering the Theatre production process.
01/10/2012

Tina and Kate work on Not Until We Are Lost.Our very talented staff duo, Tina Bicat and Kate Rigby, last year worked on the desging and costuming for Ockham Razor’s show Not Until We Are Lost. The show combined aerial movement and physical theatre to take us through narratives that explore the sensations of being lost. Follow the link for a few images of their work:
http://www.ockhamsrazor.co.uk/wp/?page_id=369
07/09/2012

Graduate Success
Morning written by Simon Stephens appeared at the Lyric, Hammersmith last September, and St Marys graduate Joana Nastari starred in the play. She received praise from Lyn Gardener, from the Guardian, along with her other cast members for such "terrifyingly good performances".
22/08/12

Caketree Theatre Company
Another day, another press release. This tme for Caketree Theatre, a company created by our MA PT students who are perfoming their new work in mid-June.
http://www.smuc.ac.uk/news/2012/119-physical-theatre-bac.htm
30/05/12

Holding a Torch for St Mary's
Check out our recent press release about our students working with design company Bicat&Rigby in the Olympic Torch Relay.
http://www.smuc.ac.uk/news/2012/114-drama-torch-relay.htm
29/05/2012
We haven't gone yet...............
Just when you thought we'd all packed up for our Summer holidays we haven't got our bikinis on just yet. Caketree Theatre Company, whose members are all of our MA Physical Theatre students, are performing this June at BAC. For more info about these performances see our What's On page.
20/05/2012

Can't Pay, Won't Pay...
The Theatre Arts Company's run of Can't Pay, Won't Pay has come to an end but why not check out the photos on our Facebook page. The cast are already preparing for their Graduate Company performances Autumn 2012. More information to be released soon.
14/05/2012 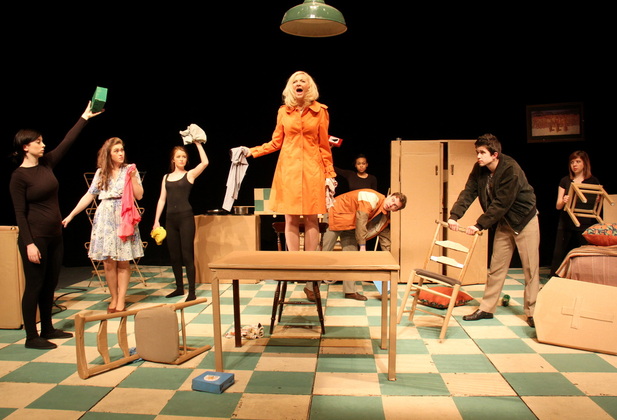 Physical Theatre Graduates perform at BAC...
The Graduate Physical Theatre company take their next performance, Stories & Vision, to Battersea Arts Centre on Saturday 12th May 4.30pm
But before they head off to BAC the show will be performed in Drama St Mary's Studio Three Thursday 10th May 7.30pm.
14/05/2012

Cabbages & Kings goes to Guildford...
After its debut performance at Ham House and Gardens our Applied Theatre company take this fantastic show to Guildford Castle.
14/05/2012
Picture by Lisette Barlow